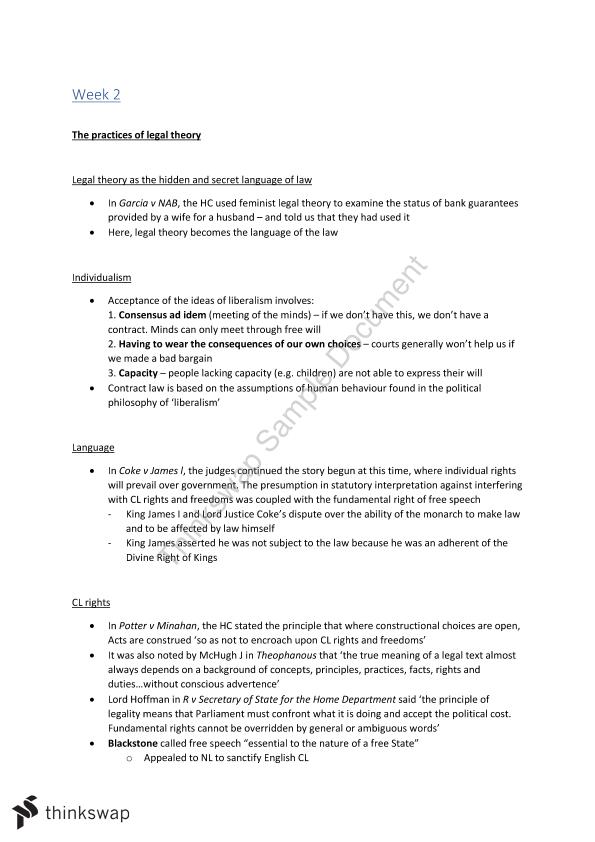 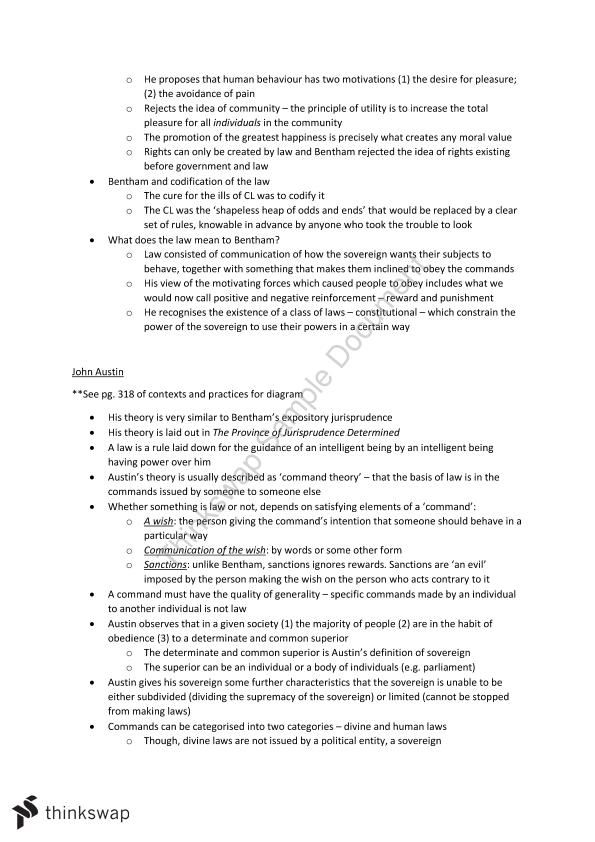 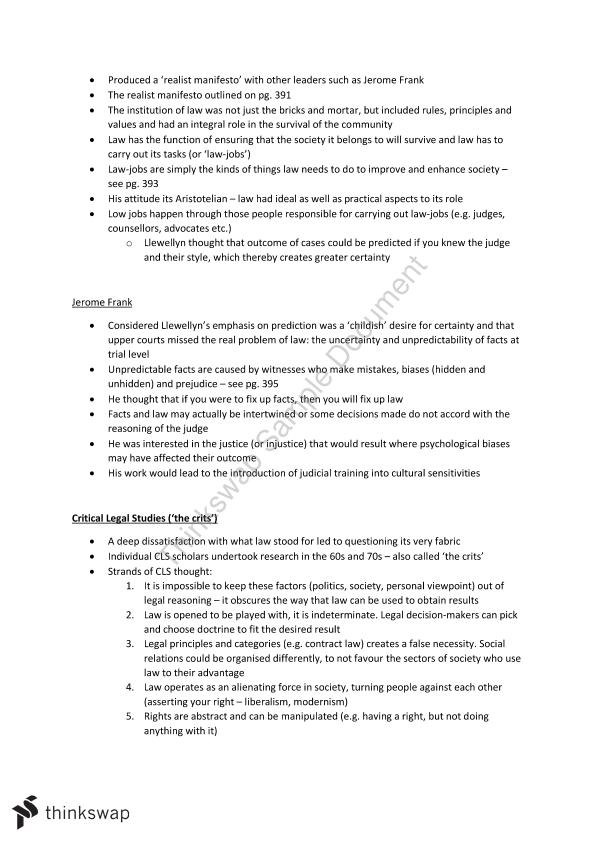 Complete summarised notes for the semester with detail on theorists. o From legal obligation comes primary and secondary rules: primary are laws applies generally to members of society; secondary are systems of management of primary rules o Secondary rules include rules of change, adjudication and recognition o The rule of recognition depends on the attitude of officials who accept its validity o The process of establishing rules in three of the secondary rules is a move from the pre-legal into the legal world • Language o See diagram pg. 340 o Language cannot always be relied on to convey the precise scope of classification o Language lacks mathematical precision – Hart called it ‘open texture’ o Language has a ‘core of certainty’ surrounded by a ‘penumbra’ of doubt or uncertainty o When faced with a situation which is not within the core of certainty, judges must exercise discretion to interpret law o Hart identified two handicaps which lawmakers labour under: (1) relative ignorance of fact; (2) relative indeterminacy of aim o The first refers to the observation that the world is not made up of finite things. Hence, in the absence of the ability to anticipate all possible combinations, lawmakers can only specify general aims o Hart sees the legal system as incomplete due to indeterminacy of language, which allows the judges discretion to make law – to ‘fill the gaps’