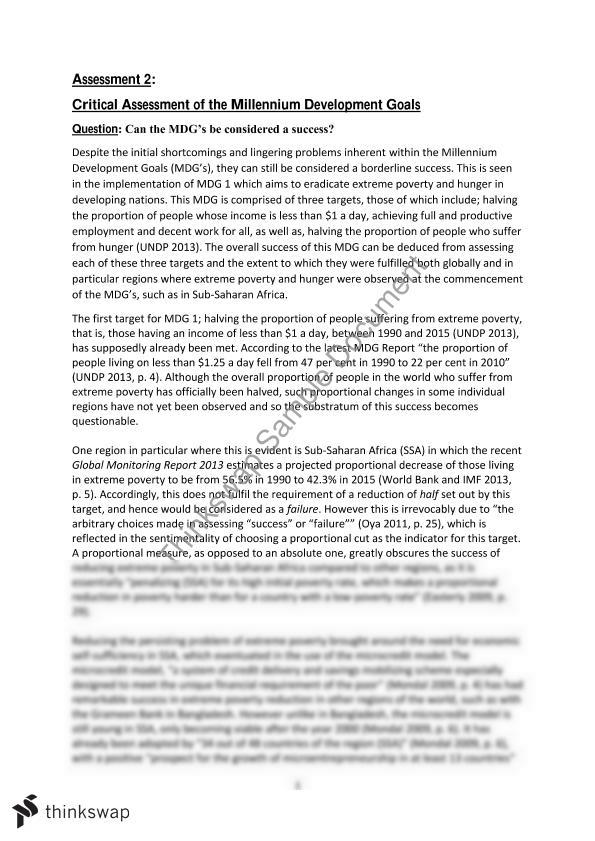 Despite the initial shortcomings and lingering problems inherent within the Millennium Development Goals (MDG’s), they can still be considered a borderline success. This is seen in the implementation of MDG 1 which aims to eradicate extreme poverty and hunger in developing nations. This MDG is comprised of three targets, those of which include; halving the proportion of people whose income is less than $1 a day, achieving full and productive employment and decent work for all, as well as, halving the proportion of people who suffer from hunger (UNDP 2013). The overall success of this MDG can be deduced from assessing each of these three targets and the extent to which they were fulfilled both globally and in particular regions where extreme poverty and hunger were observed at the commencement of the MDG’s, such as in Sub-Saharan Africa.