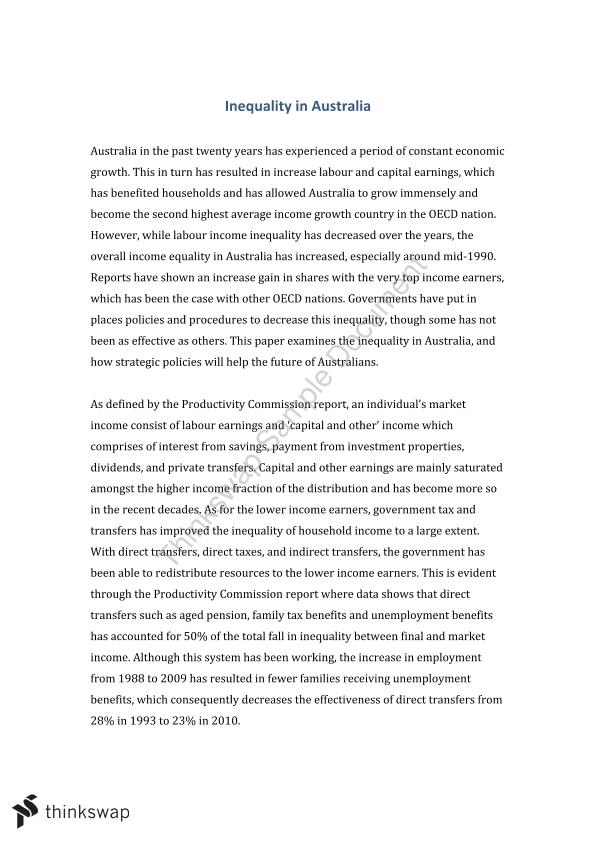 Australia in the past twenty years has experienced a period of constant economic growth. This in turn has resulted in increase labour and capital earnings, which has benefited households and has allowed Australia to grow immensely and become the second highest average income growth country in the OECD nation. However, while labour income inequality has decreased over the years, the overall income equality in Australia has increased, especially around mid-1990. Reports have shown an increase gain in shares with the very top income earners, which has been the case with other OECD nations. Governments have put in places policies and procedures to decrease this inequality, though some has not been as effective as others. This paper examines the inequality in Australia, and how strategic policies will help the future of Australians.