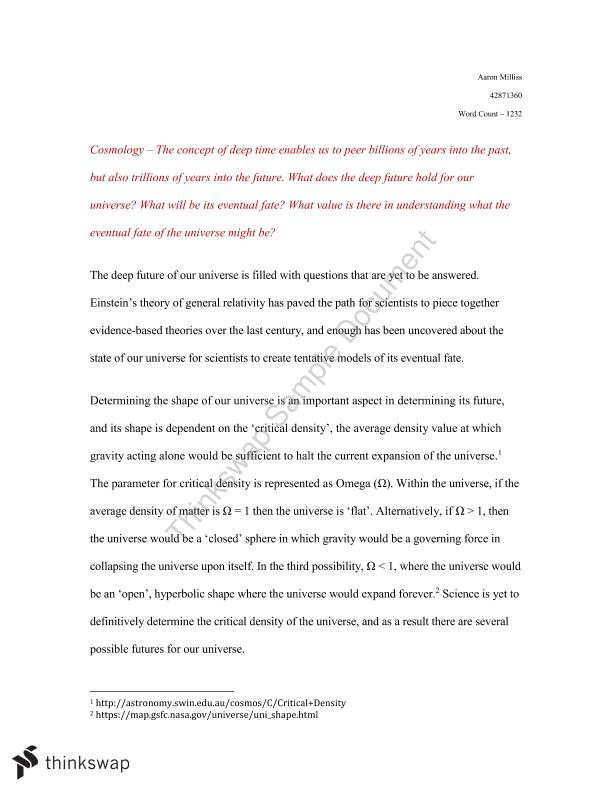 The Fate of the Universe

The deep future of our universe is filled with questions that are yet to be answered. Einstein’s theory of general relativity has paved the path for scientists to piece together evidence-based theories over the last century, and enough has been uncovered about the state of our universe for scientists to create tentative models of its eventual fate. Determining the shape of our universe is an important aspect in determining its future, and its shape is dependent on the ‘critical density’, the average density value at which gravity acting alone would be sufficient to halt the current expansion of the universe

Similar documents to "The Fate of the Universe" available on Thinkswap