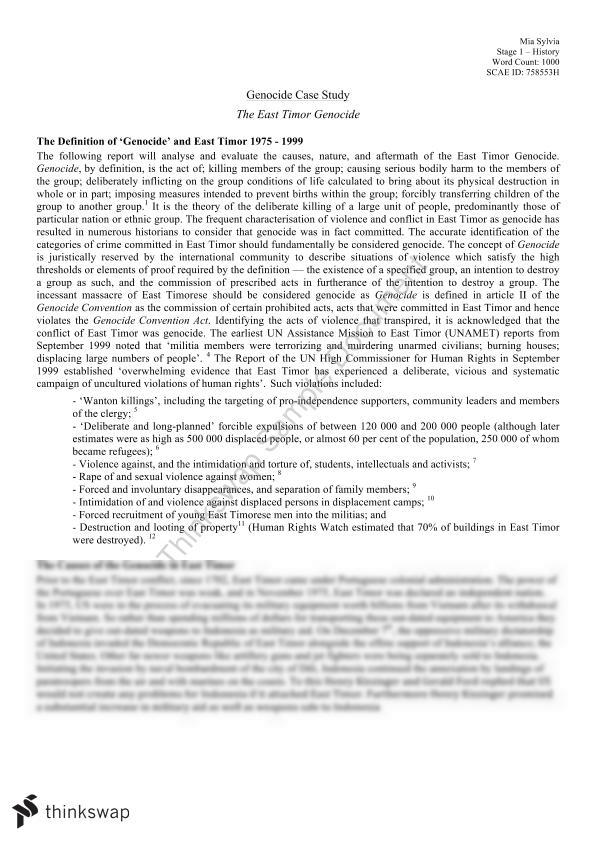 The following report will analyse and evaluate the causes, nature, and aftermath of the East Timor Genocide. Genocide, by definition, is the act of; killing members of the group; causing serious bodily harm to the members of the group; deliberately inflicting on the group conditions of life calculated to bring about its physical destruction in whole or in part; imposing measures intended to prevent births within the group; forcibly transferring children of the group to another group.1 It is the theory of the deliberate killing of a large unit of people, predominantly those of particular nation or ethnic group. The frequent characterisation of violence and conflict in East Timor as genocide has resulted in numerous historians to consider that genocide was in fact committed . . .