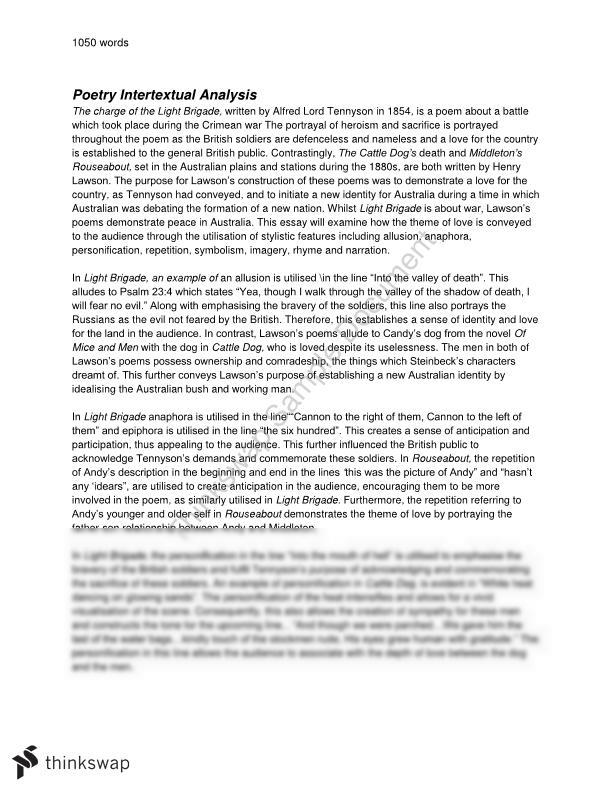 The charge of the Light Brigade, written by Alfred Lord Tennyson in 1854, is a poem about a battle which took place during the Crimean war The portrayal of heroism and sacrifice is portrayed throughout the poem as the British soldiers are defenceless and nameless and a love for the country is established to the general British public. Contrastingly, The Cattle Dog’s death and Middleton’s Rouseabout, set in the Australian plains and stations during the 1880s, are both written by Henry Lawson. The purpose for Lawson’s construction of these poems was to demonstrate a love for the country, as Tennyson had conveyed, and to initiate a new identity for Australia during a time in which Australian was debating the formation of a new nation. Whilst Light Brigade is about war, Lawson’s poems demonstrate peace in Australia. This essay will examine how the theme of love is conveyed to the audience through the utilisation of stylistic features including allusion, anaphora, personification, repetition, symbolism, imagery, rhyme and narration. In Light Brigade, an example of an allusion is utilised \in the line “Into