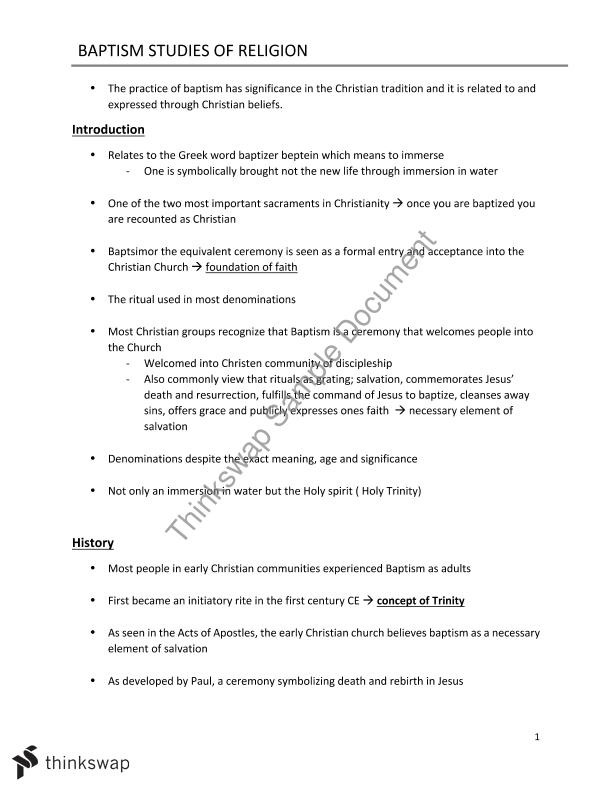 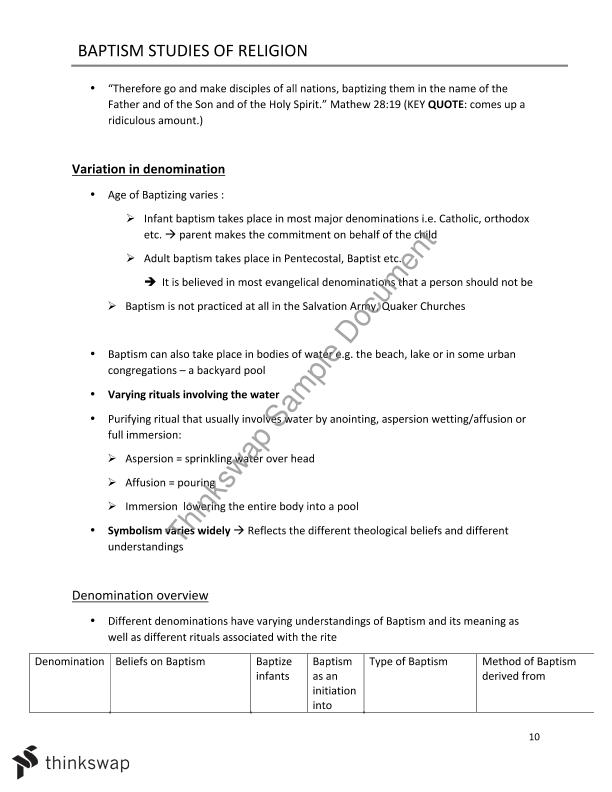 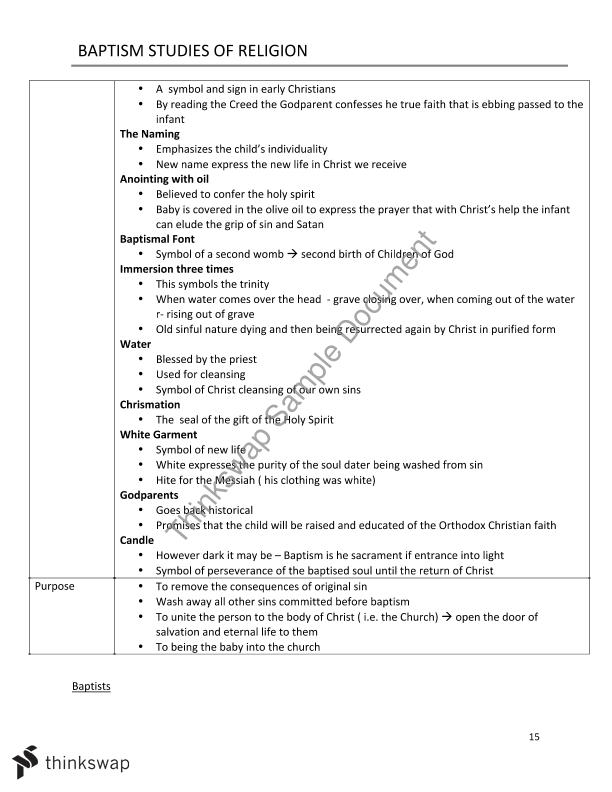 Baptism notes Studies of Religion - Band 6 quality. The practice of baptism has significance in the Christian tradition and it is related to and expressed through Christian beliefs. Introduction • Relates to the Greek word baptizer beptein which means to immerse - One is symbolically brought not the new life through immersion in water • One of the two most important sacraments in Christianityàonce you are baptized you are recounted as Christian • Baptsimor the equivalent ceremony is seen as a formal entry and acceptance into the Christian Churchàfoundation of faith • The ritual used in most denominations • Most Christian groups recognize that Baptism is a ceremony that welcomes people into the Church - Welcomed into Christen community of discipleship - Also commonly view that rituals as grating; salvation, commemorates Jesus’ death and resurrection, fulfills the command of Jesus to baptize, cleanses away sins, offers grace and publicly expresses ones faith à necessary element of salvation • Denominations despite the exact meaning, age and significance • Not only an immersion in water but the Holy spirit ( Holy Trinity) History • Most people in early Christian communities experienced Baptism as adults • First became an initiatory rite in the first century CEàconcept of Trinity • As seen in the Acts of Apostles, the early Christian church believes baptism as a necessary element of salvation • As developed by Paul, a ceremony symbolizing death and rebirth in Jesus      1 BAPTISM STUDIES OF RELIGION • Jesus himself got baptized, by John the Baptist, and gave instructions to his followers to baptize his people in his name (Matthew 28:19) à Baptism has great significance in the Christian tradition • Symbolic representation of Jesus’ salvation • Was practiced from the earliest days of Christianity