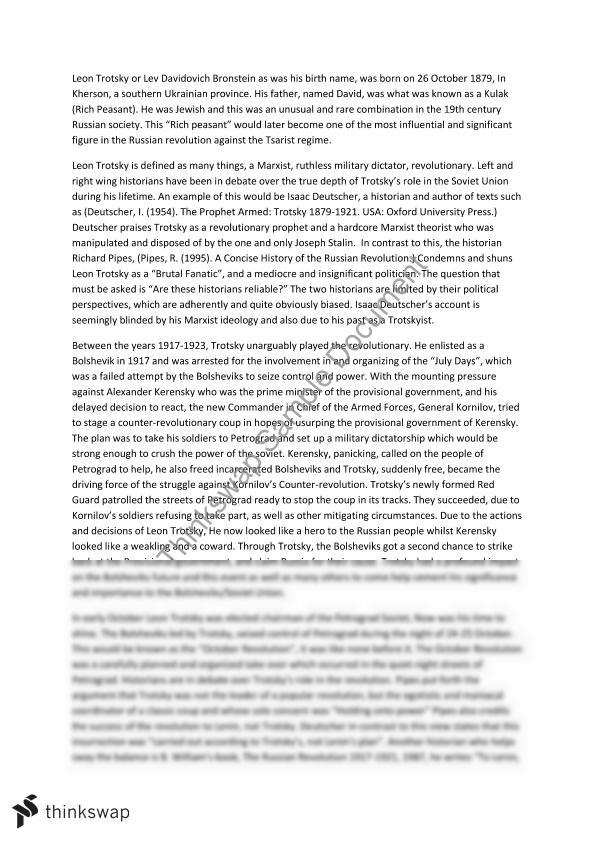 Leon Trotsky or Lev Davidovich Bronstein as was his birth name, was born on 26 October 1879, In Kherson, a southern Ukrainian province. His father, named David, was what was known as a Kulak (Rich Peasant). He was Jewish and this was an unusual and rare combination in the 19th century Russian society. This “Rich peasant” would later become one of the most influential and significant figure in the Russian revolution against the Tsarist regime.