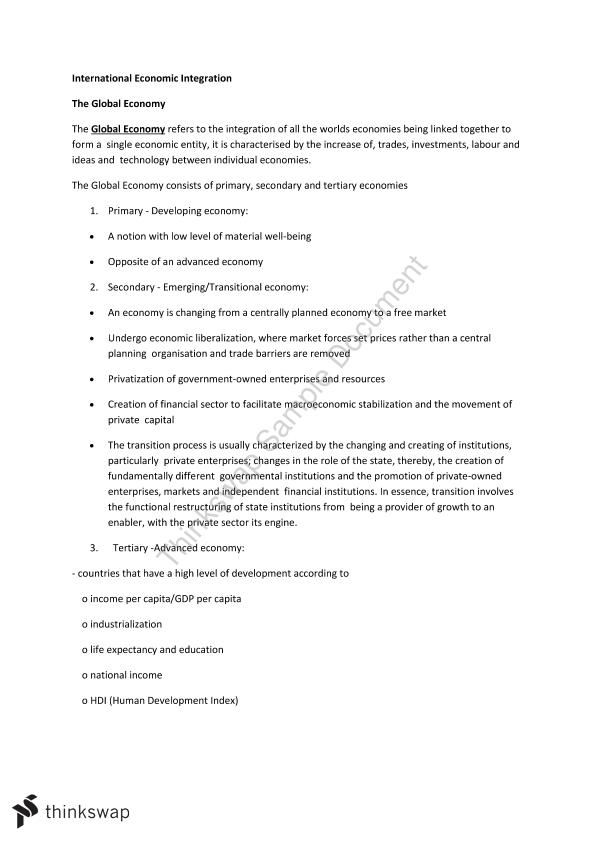 SHORT SNIPPET: International Economic Integration The Global Economy The Global Economy refers to the integration of all the worlds economies being linked together to form a single economic entity, it is characterised by the increase of, trades, investments, labour and ideas and technology between individual economies. The Global Economy consists of primary, secondary and tertiary economies 1. Primary - Developing economy: • A notion with low level of material well-being • Opposite of an advanced economy 2. Secondary - Emerging/Transitional economy: • An economy is changing from a centrally planned economy to a free market • Undergo economic liberalization, where market forces set prices rather than a central planning organisation and trade barriers are removed • Privatization of government-owned enterprises and resources • Creation of financial sector to facilitate macroeconomic stabilization and the movement of private capital