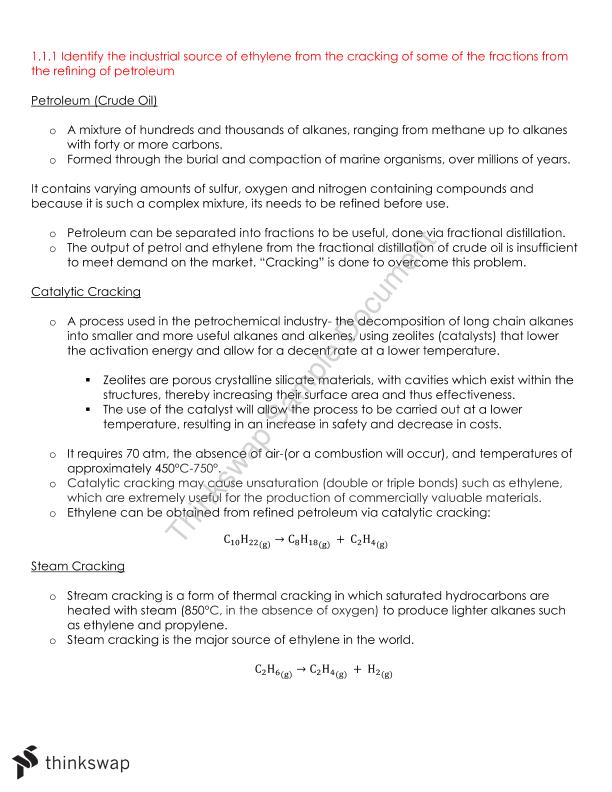 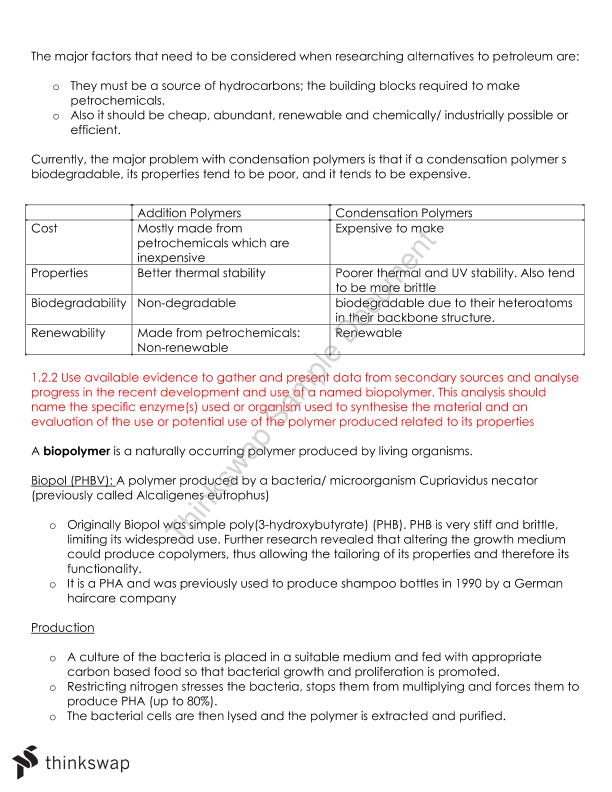 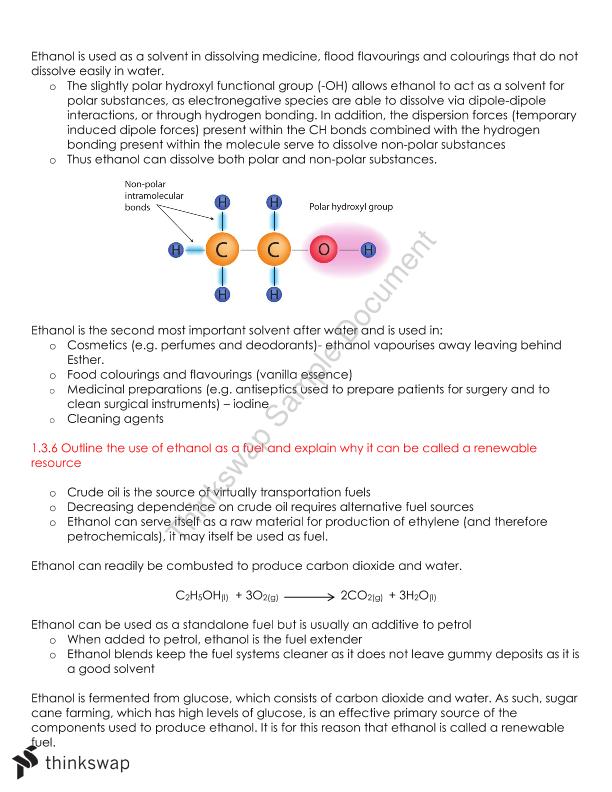 Detailed complete set of notes for production of materials. Petroleum (Crude Oil) o A mixture of hundreds and thousands of alkanes, ranging from methane up to alkanes with forty or more carbons. o Formed through the burial and compaction of marine organisms, over millions of years. It contains varying amounts of sulfur, oxygen and nitrogen containing compounds and because it is such a complex mixture, its needs to be refined before use. o Petroleum can be separated into fractions to be useful, done via fractional distillation. o The output of petrol and ethylene from the fractional distillation of crude oil is insufficient to meet demand on the market. “Cracking” is done to overcome this problem.

Similar documents to "Production of Materials " available on Thinkswap