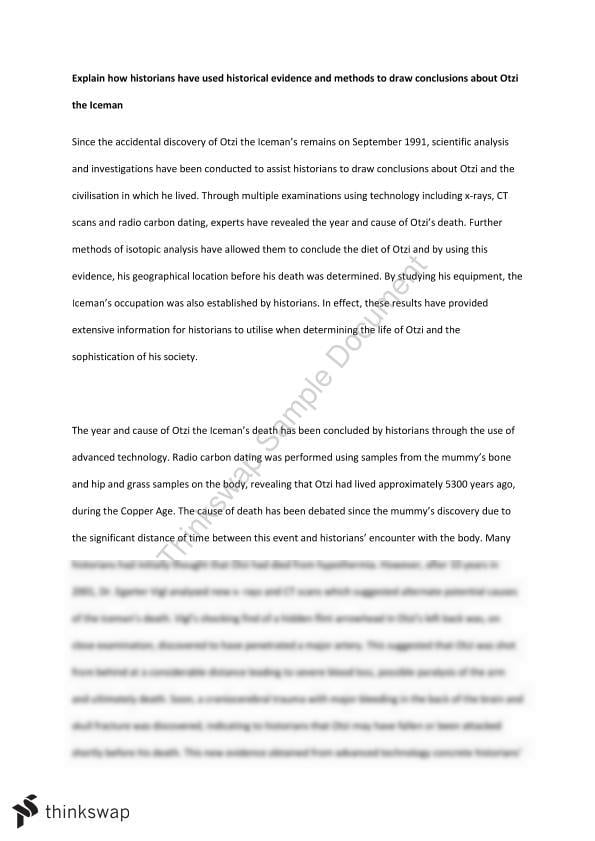 Explain how historians have used historical evidence and methods to draw conclusions about Otzi the Iceman. Since the accidental discovery of Otzi the Iceman’s remains on September 1991, scientific analysis and investigations have been conducted to assist historians to draw conclusions about Otzi and the civilisation in which he lived. Through multiple examinations using technology including x-rays, CT scans and radio carbon dating, experts have revealed the year and cause of Otzi’s death. Further methods of isotopic analysis have allowed them to conclude the diet of Otzi and by using this evidence, his geographical location before his death was determined.