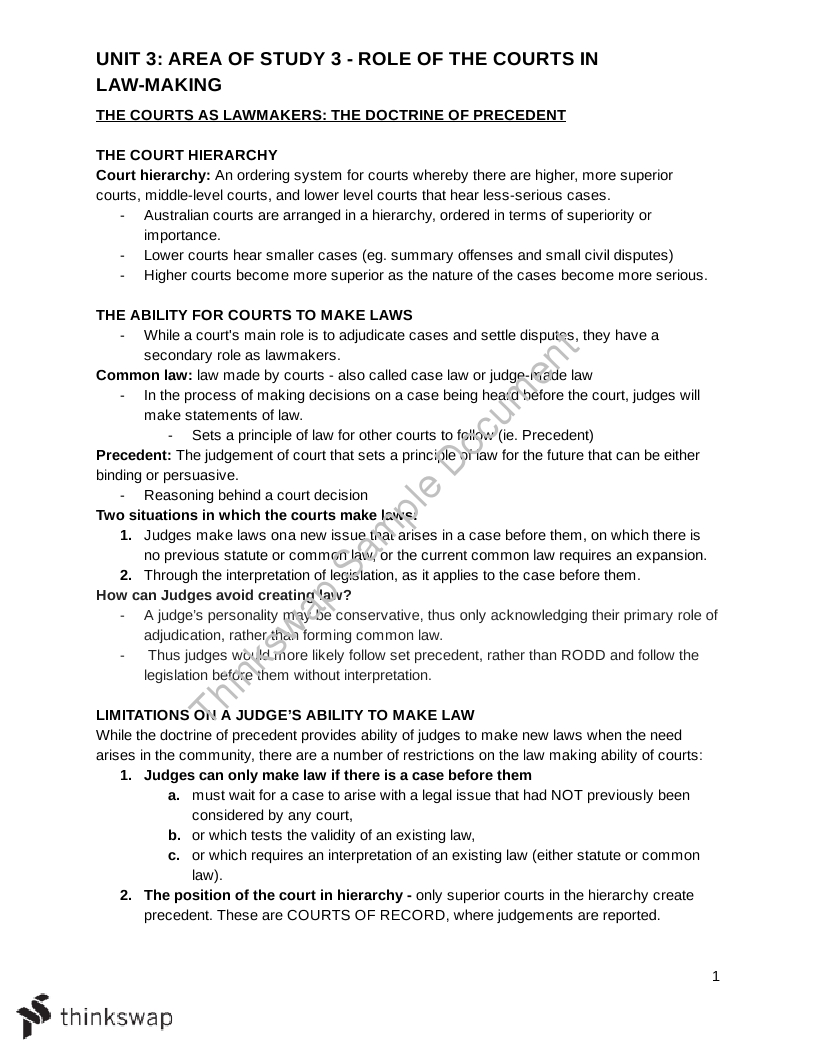 UNIT 3: Area of Study 3 - Role of the Courts in Law-Mamking

Similar documents to "UNIT 3: Area of Study 3 - Role of the Courts in Law-Mamking" available on Thinkswap

Documents similar to "UNIT 3: Area of Study 3 - Role of the Courts in Law-Mamking" are suggested based on similar topic fingerprints from a variety of other Thinkswap Subjects