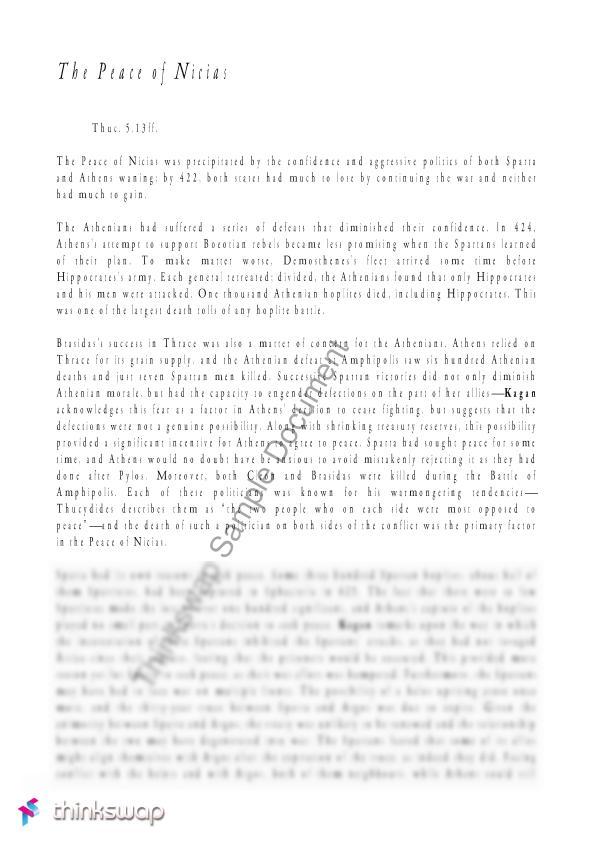 ANHS3608 - The Peloponnesian War and Culture

The Peace of Nicias was a cessation of the Peloponnesian War precipitated by the confidence and aggressive politics of both Sparta and Athens waning; by 422, both states had much to lose by continuing the war and neither had much to gain. But neither side adhered to the terms of the peace and the agreement could not be sustained. Athens' defensive strategy meant that it could not enforce the terms of the truce and the fact that Sparta's allies were unwilling to abide by the peace meant that it collapsed within a few years.

Similar documents to "Peace of Nicias" available on Thinkswap