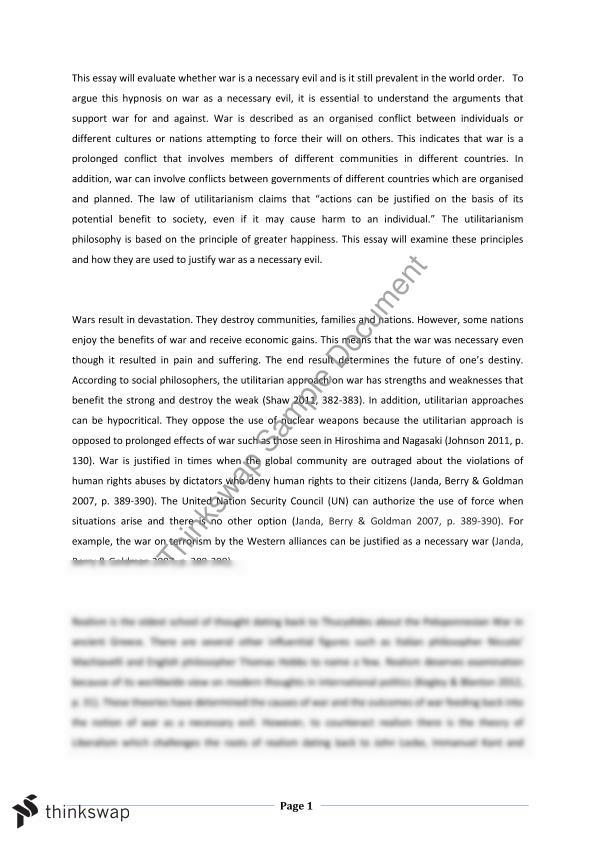 This essay will evaluate whether war is a necessary evil and is it still prevalent in the world order. To argue this hypnosis on war as a necessary evil, it is essential to understand the arguments that support war for and against. War is described as an organised conflict between individuals or different cultures or nations attempting to force their will on others. This indicates that war is a prolonged conflict that involves members of different communities in different countries. In addition, war can involve conflicts between governments of different countries which are organised and planned. The law of utilitarianism claims that “actions can be justified on the basis of its potential benefit to society, even if it may cause harm to an individual.” The utilitarianism philosophy is based on the principle of greater happiness. This essay will examine these principles and how they are used to justify war as a necessary evil. Wars