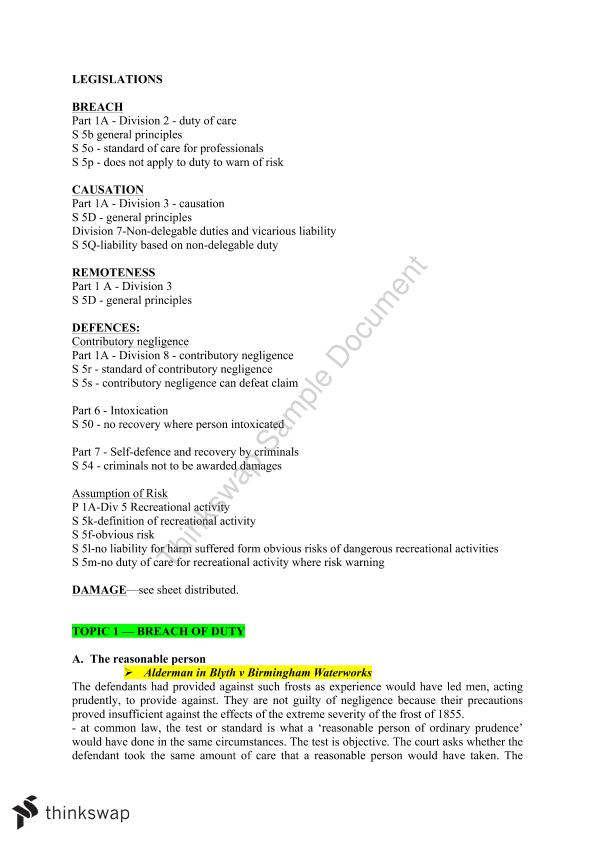 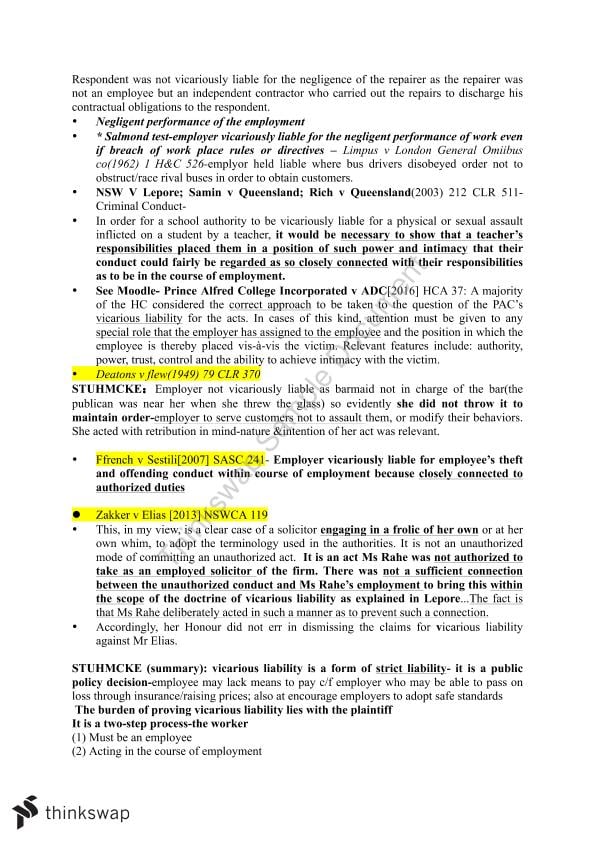 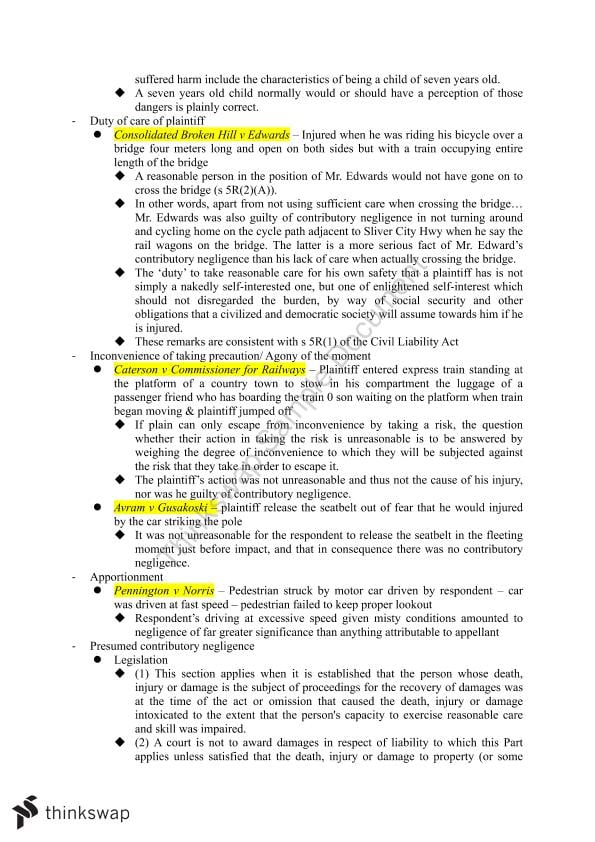 The reasonable person Ø Alderman in Blyth v Birmingham Waterworks The defendants had provided against such frosts as experience would have led men, acting prudently, to provide against. They are not guilty of negligence because their precautions proved insufficient against the effects of the extreme severity of the frost of 1855. - at common law, the test or standard is what a ‘reasonable person of ordinary prudence’ would have done in the same circumstances. The test is objective. The court asks whether the defendant took the same amount of care that a reasonable person would have taken. The