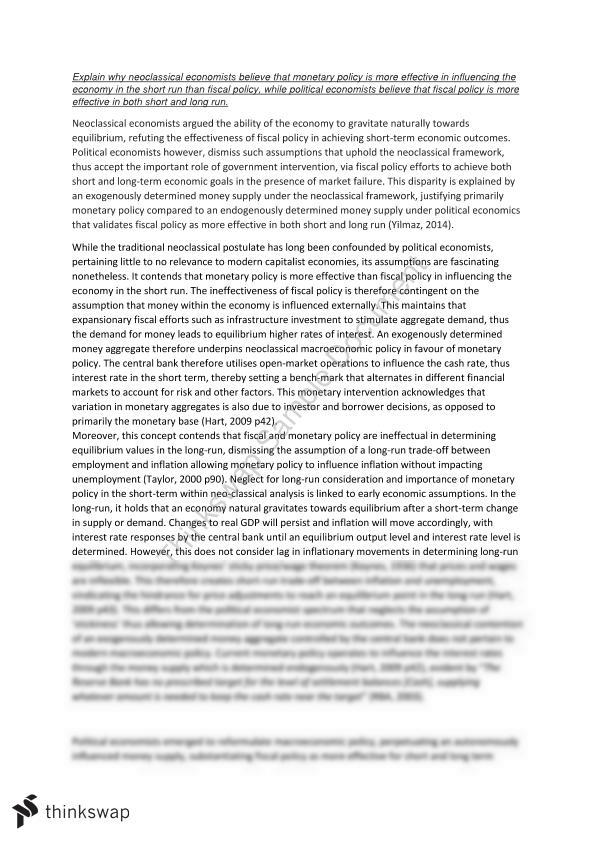 Neoclassical economists argued the ability of the economy to gravitate naturally towards equilibrium, refuting the effectiveness of fiscal policy in achieving short-term economic outcomes. Political economists however, dismiss such assumptions that uphold the neoclassical framework, thus accept the important role of government intervention, via fiscal policy efforts to achieve both short and long-term economic goals in the presence of market failure. This disparity is explained by an exogenously determined money supply under the neoclassical framework, justifying primarily monetary policy compared to an endogenously determined money supply under political economics that validates fiscal policy as more effective in both short and long run.