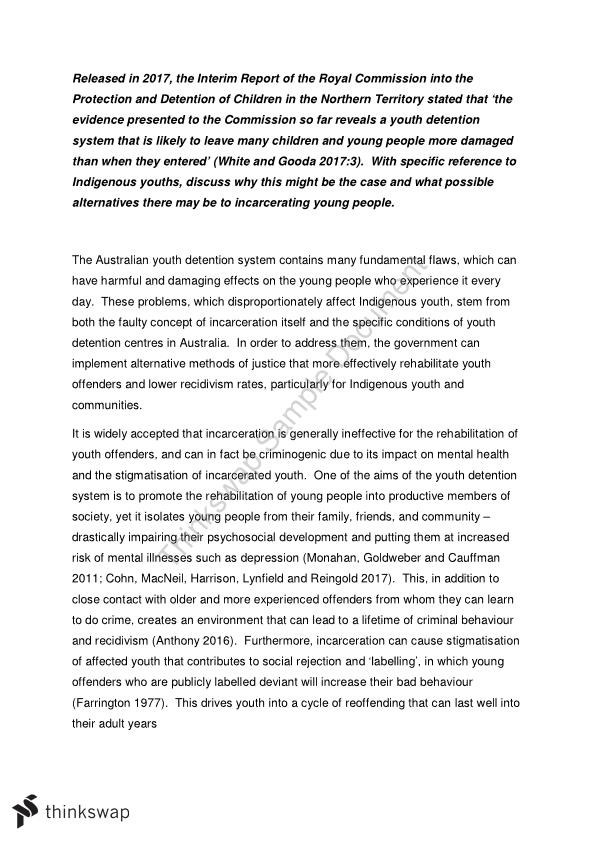 Released in 2017, the Interim Report of the Royal Commission into the Protection and Detention of Children in the Northern Territory stated that ‘[t]he evidence presented to the Commission so far reveals a youth detention system that is likely to leave many children and young people more damaged than when they entered’ (White and Gooda 2017: 3). With specific reference to Indigenous youths, discuss why this might be the case and what possible alternatives there may be to incarcerating young people.