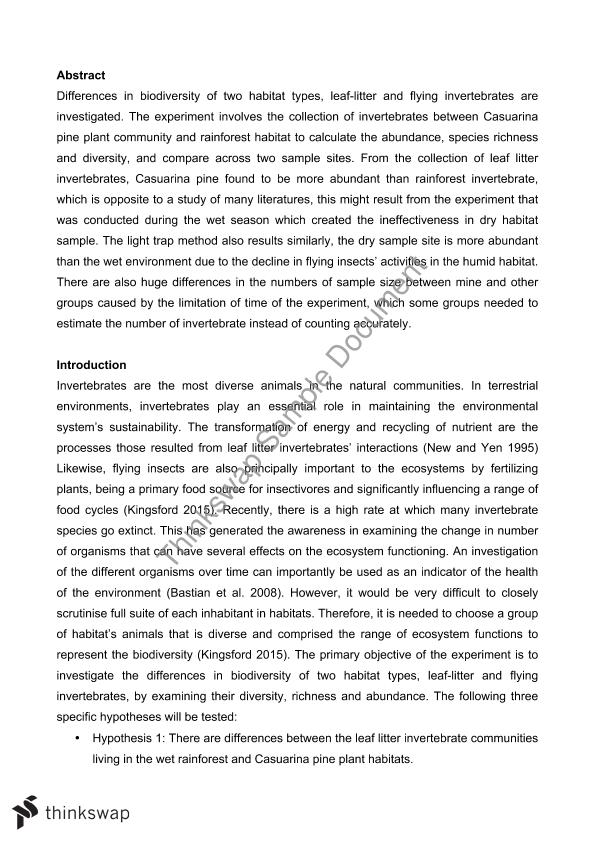 Differences in biodiversity of two habitat types, leaf-litter and flying invertebrates are investigated. The experiment involves the collection of invertebrates between Casuarina pine plant community and rainforest habitat to calculate the abundance, species richness and diversity, and compare across two sample sites. From the collection of leaf litter invertebrates, Casuarina pine found to be more abundant than rainforest invertebrate, which is opposite to a study of many literatures, this might result from the experiment that was conducted during the wet season which created the ineffectiveness in dry habitat sample. The light trap method also results similarly, the dry sample site is more abundant than the wet environment due to the decline in flying insects’ activities in the humid habitat. There are also huge differences in the numbers of sample size between mine and other groups caused by the limitation of time of the experiment, which some groups needed to estimate the number of invertebrate instead of counting accurately.