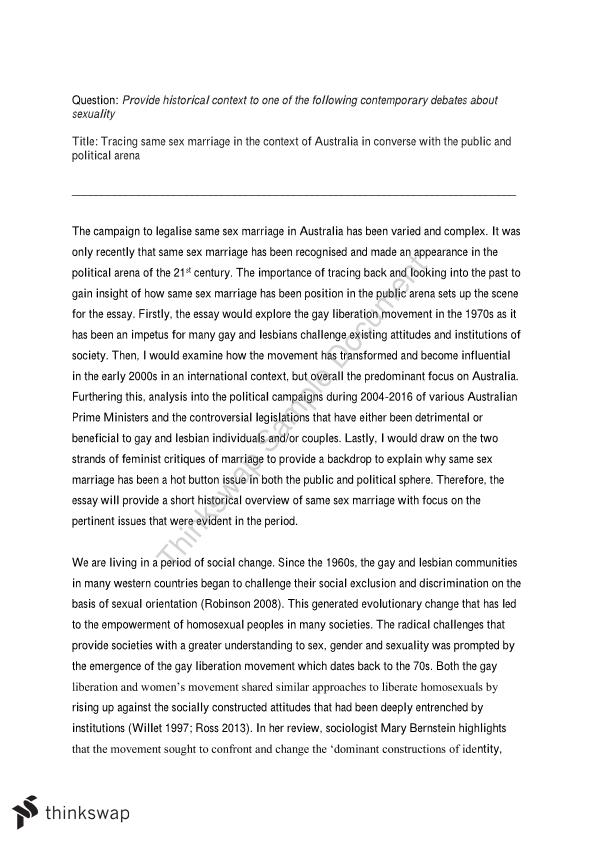 Same-Sex Marriage in the Context of Australia

I received 77/100 which is equivalent to a HD. The essay basically talks about the various campaigns in the Australian public and political arena during the 21st century and how it has influenced the issue of same-sex marriage.