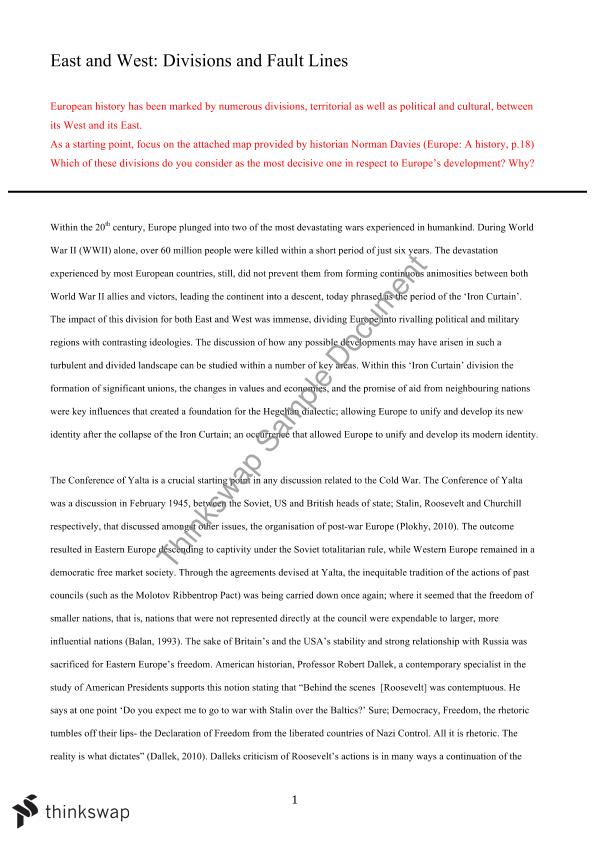 Essay Question: European history has been marked by numerous divisions, territorial as well as political and cultural, between its West and its East. As a starting point, focus on the attached map provided by historian Norman Davies (Europe: A history, p.18) Which of these divisions do you consider as the most decisive one in respect to Europe’s development? Why? Essay: Argues for the Iron Curtain Period being most decisive.

Documents similar to "East and West: Division Lines" are suggested based on similar topic fingerprints from a variety of other Thinkswap Subjects