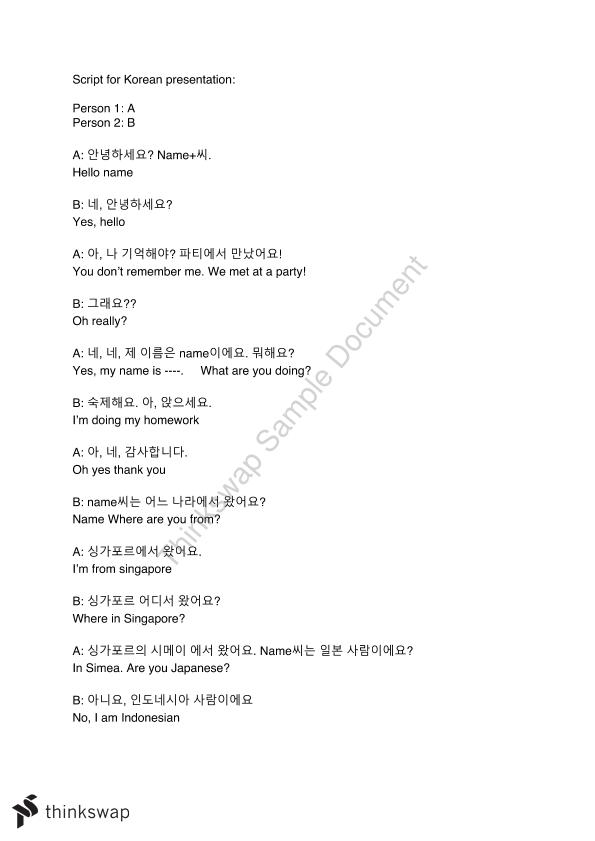 For ARTS1660 course, one of the assessments is to write a script in korean and then in pairs role play the script in korean. I have also included the translation of my script. Hope this helps you write your script.