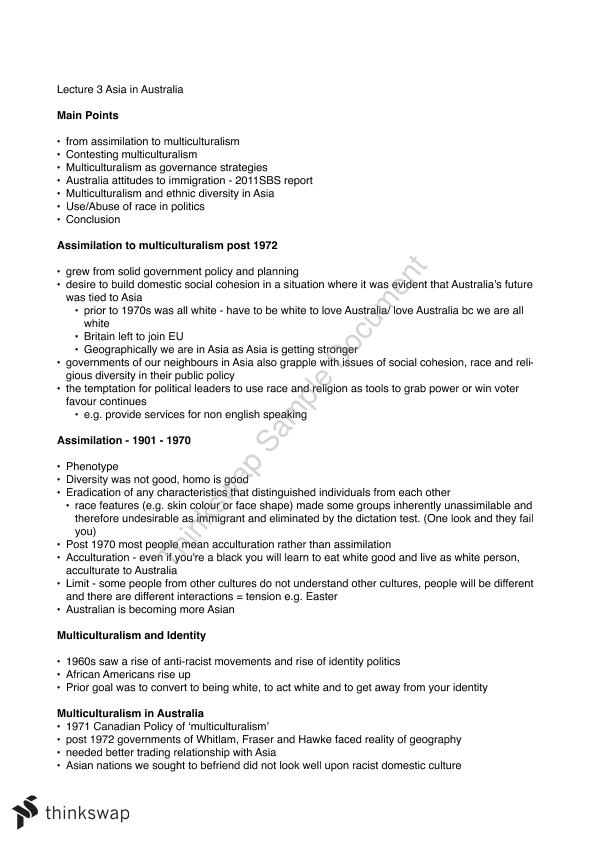 grew from solid government policy and planning desire to build domestic social cohesion in a situation where it was evident that Australia’s future was tied to Asia prior to 1970s was all white - have to be white to love Australia/ love Australia bc we are all white Britain left to join EU Geographically we are in Asia as Asia is getting stronger governments of our neighbours in Asia also grapple with issues of social cohesion, race and religious diversity in their public policy the temptation for political l