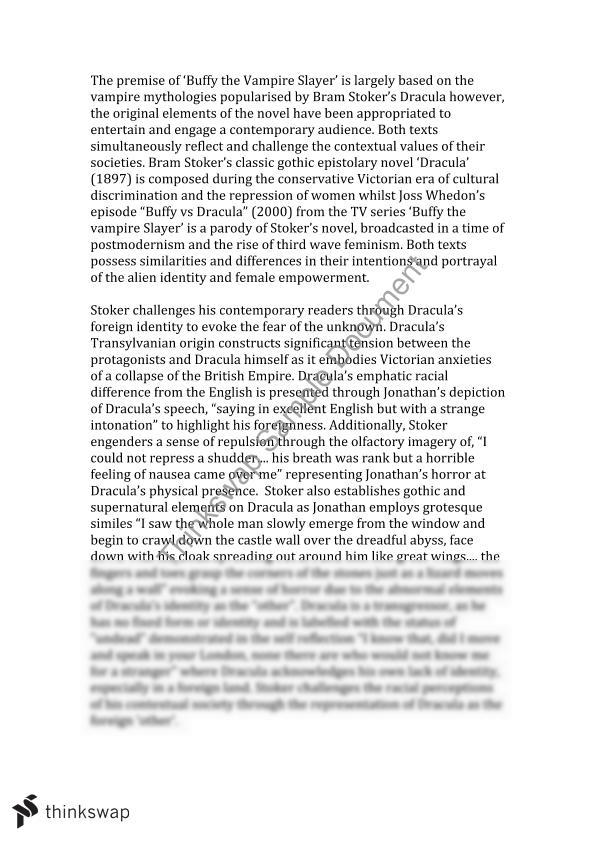 A comparative analysis on how the gothic genre has evolved and retained throughout decades. Focusing on the episode 'Buffy vs Dracula' in Bufy the Vampire Slayer TV show and Dracula by Bram Stoker. This analysis will uncover the similarities and differences between the two texts, the differences and similarities portrayed due to the difference in context and how language/film techniques is used in conveying.