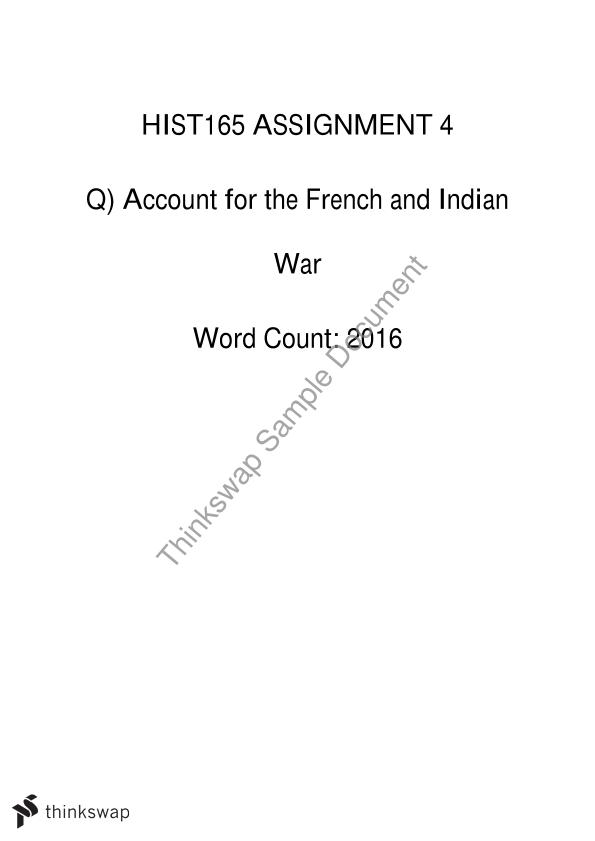 HIST165 - Europe and the New World

The French and Indian War, fought between 1754 and 1763, was a colonial expansion of the Seven Years War fought between the traditional rivals of Britain and France and their respective colonies and allies over attempts by each power to consolidate territorial and economic holdings in the North American theatre. Each power saw the territories of North America as vital for ensuring economic prosperity whilst simultaneously limiting the opposing nation’s power and authority in the scheme of global diplomacy. Although the initial causes of the war were stemmed from fairly basic reasons, the outcomes had a significant impact on the British economy and future administration of North America.

Similar documents to "French and Indian War" available on Thinkswap