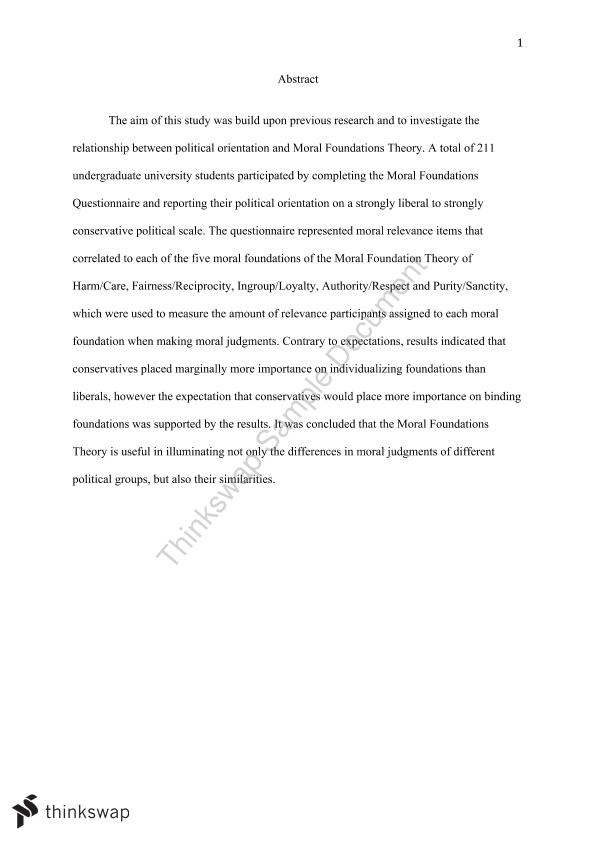 The Moral Foundations Theory (MFT) was therefore originally developed to broaden the theories and explanations of the psychological mechanisms that underpin moral judgements and discourse cross-culturally .... Although MFT was originally developed to explain cultural variations in morality, its explanatory uses and application have been extended to the political arena, where it has been used to explain and predict moral differences, particularly in the liberal and conservative spectrum....