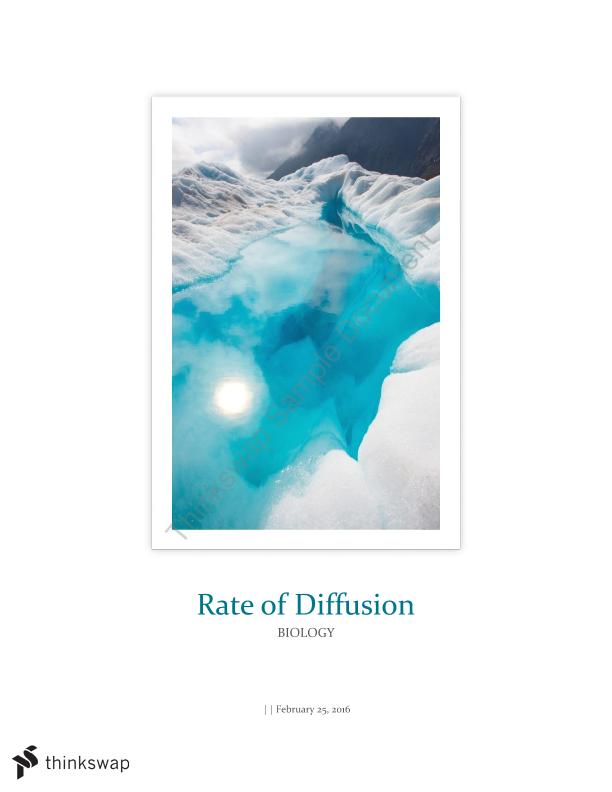 Recieved an A+ Abstract Purpose and procedure- The purpose of this experiment is to determine the effect of surface area to volume ratio on agar blocks in sulphuric acid (H₂SO₄). Analysis - The first thing that could have improved is the low reliability of these experiments as the experiment was not repeated for the same results. To improve the reliability of the answers, experiment with a larger sample. The results could differ either by human error or a flawed first experiment. Also the blocks of agar could have been cut with a laser cutting machine instead of rulers as rulers differ in size spacing. The laser cutting machine will minimise human error but may have an error from the machinery. Metal rulers expand in the summer and contract in the winter; this could affect the experiment as the measurements were not accurate. The 2 CM block used in this experiment was an error as it was made the previous day and was not made in the same batch as the 1 CM and the 3 CM. The block from the previous day has a different molecular compound from the two other blocks of agar and this is what caused the error in the experiment performed, the 2 CM diffusing more than the other blocks and not following the line of best fit. Aim The aim of this in this experiment is to use agar blocks to investigate the effect of surface area to volume ratio on the rate of diffusion. Introduction The purpose of this experiment is to observe the nett movement of particles from regions of high concentration to low concentration. Background biology Agar- • Agar is derived from polysaccharide agarose, which forms the supporting structure in the cell walls of certain species of algae, and is released on boiling. Agar is actually the resulting mixture of two components: the linear polysaccharide agarose, and a diverse mixture of smaller molecules called agaropectin. Diffusion- • Diffusion is the movement of substance from an area of high concentration to an area with low concentration. The rate of diffusion is influenced by a number of factors including the concentration of the gradient, temperature and the size and chemical composition of the diffusing molecules. Another factor that directly affects the rate of diffusion is the surface area to volume ratio of a cell.