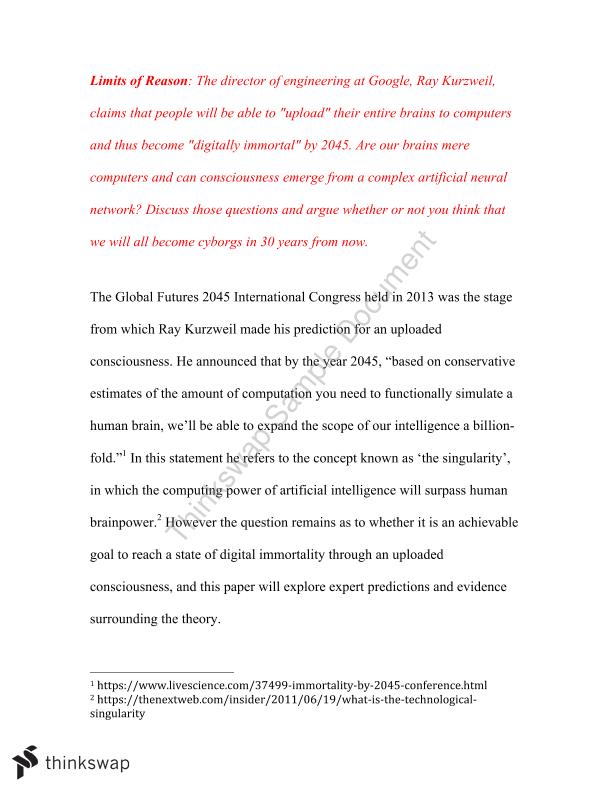 The Global Futures 2045 International Congress held in 2013 was the stage from which Ray Kurzweil made his prediction for an uploaded consciousness. He announced that by the year 2045, “based on conservative estimates of the amount of computation you need to functionally simulate a human brain, we’ll be able to expand the scope of our intelligence a billion-fold.” In this statement he refers to the concept known as ‘the singularity’, in which the computing power of artificial intelligence will surpass human brainpower. However the question remains as to whether it is an achievable goal to reach a state of digital immortality through an uploaded consciousness, and this paper will explore expert predictions and evidence