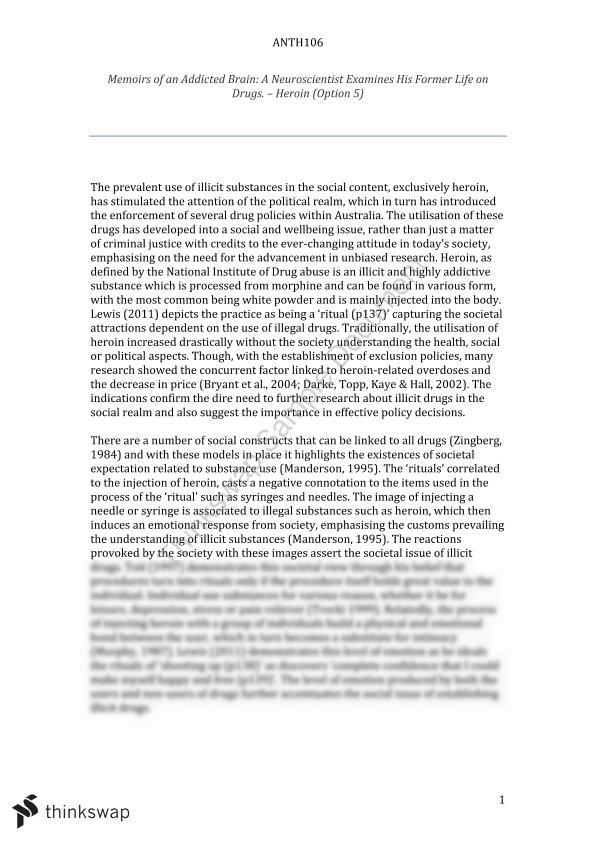 The prevalent use of illicit substances in the social content, exclusively heroin, has stimulated the attention of the political realm, which in turn has introduced the enforcement of several drug policies within Australia. The utilisation of these drugs has developed into a social and wellbeing issue, rather than just a matter of criminal justice with credits to the ever-changing attitude in today’s society, emphasising on the need for the advancement in unbiased research. Heroin, as defined by the National Institute of Drug abuse is an illicit and highly addictive substance which is processed from morphine and can be found in various form, with the most common being white powder and is mainly injected into the body. Lewis (2011) depicts the practice as being a ‘ritual (p137)’ capturing the societal attractions dependent on the use of illegal drugs. Traditionally, the utilisation of heroin increased drastically without the society understanding the health, social or political aspects. Though, with the establishment of exclusion policies, many research showed the concurrent factor linked to heroin-related overdoses and the decrease in price (Bryant et al., 2004; Darke, Topp, Kaye & Hall, 2002). The indications confirm the dire need to further research about illicit drugs in the social realm and also suggest the importance in effective policy decisions.