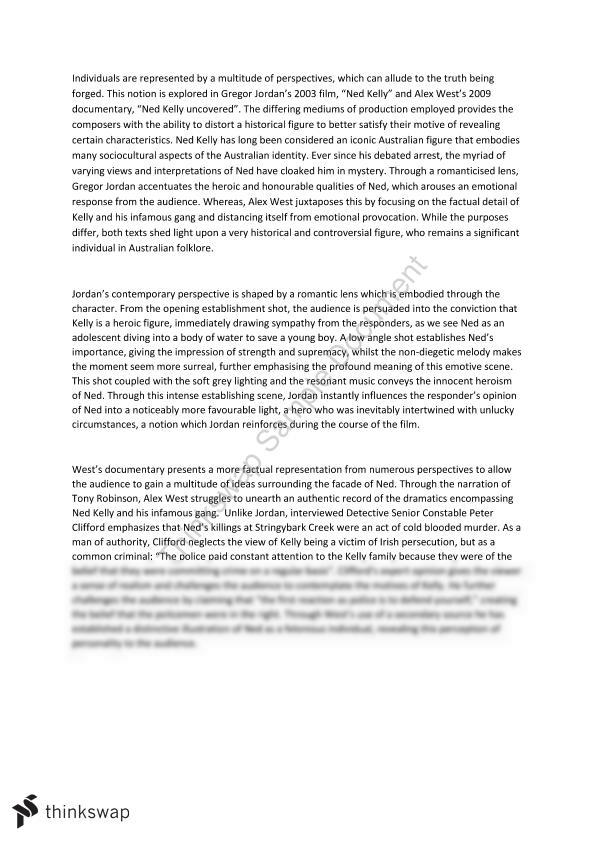 Individuals are represented by a multitude of perspectives, which can allude to the truth being forged. This notion is explored in Gregor Jordan’s 2003 film, “Ned Kelly” and Alex West’s 2009 documentary, “Ned Kelly uncovered”. The differing mediums of production employed provides the composers with the ability to distort a historical figure to better satisfy their motive of revealing certain characteristics.