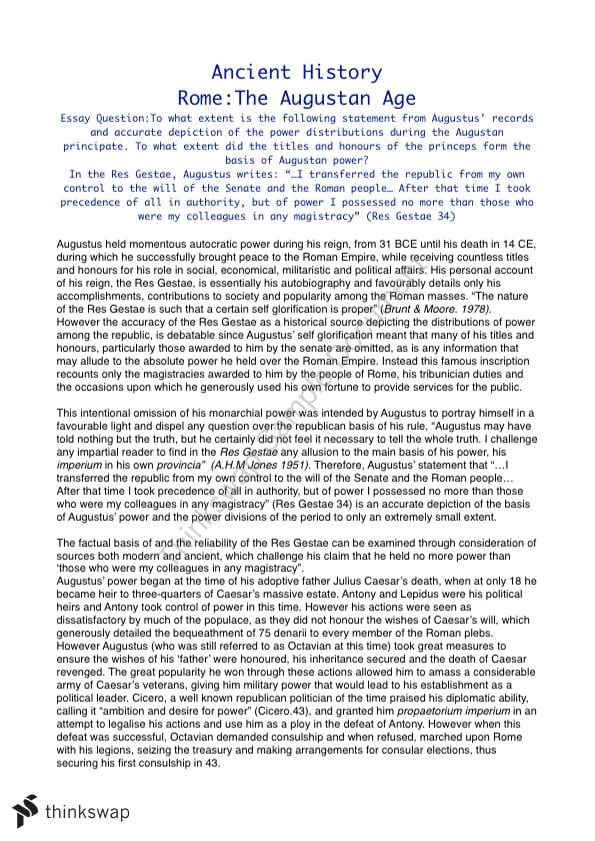 Essay on Power Distributions During the Augustan Principate

I received a 24/25 for this essay on the power distributions during the Augustan Principate- extensive reference to modern and ancient historians. Question below.. Essay Question:To what extent is the following statement from Augustus’ records and accurate depiction of the power distributions during the Augustan principate. To what extent did the titles and honours of the princeps form the basis of Augustan power? In the Res Gestae, Augustus writes: “…I transferred the republic from my own control to the will of the Senate and the Roman people… After that time I took precedence of all in authority, but of power I possessed no more than those who were my colleagues in any magistracy” (Res Gestae 34)