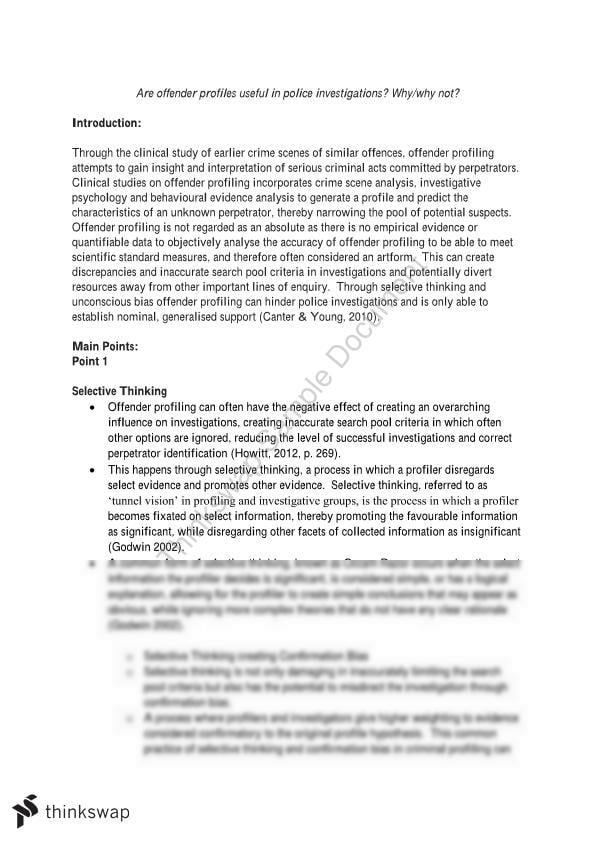 Are offender profiles useful in police investigations? Why/why not? Introduction: Through the clinical study of earlier crime scenes of similar offences, offender profiling attempts to gain insight and interpretation of serious criminal acts committed by perpetrators. Clinical studies on offender profiling incorporates crime scene analysis, investigative psychology and behavioural evidence analysis to generate a profile and predict the characteristics of an unknown perpetrator, thereby narrowing the pool of potential suspects. Offender profiling is not regarded as an absolute as there is no empirical evidence or quantifiable data to objectively analyse the accuracy of offender profiling to be able to meet scientific standard measures, and therefore often considered an artform. This can create discrepancies and inaccurate search pool criteria in investigations and potentially divert resources away from other important lines of enquiry. Through selective thinking and unconscious bias offender profiling can hinder police investigations and is only able to establish nominal, generalised support (Canter & Young, 2010).