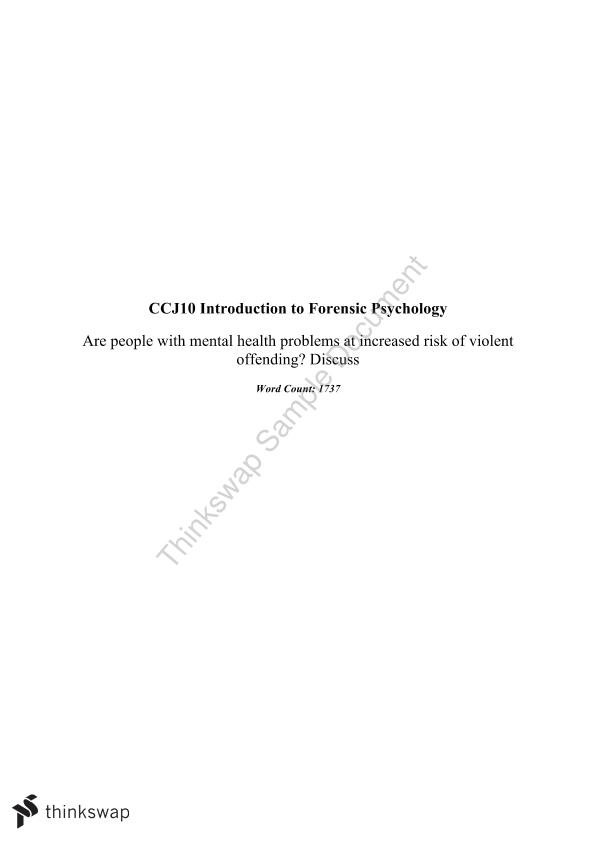 Are people with mental health problems at increased risk of violent offending? Discuss

HD received for this essay. "The belief that mental illness and violence are intricately linked carries significant consequences to how mental illness and the mentally ill criminal offender is viewed and treated by policy makers, criminal justice administrators, and society in general. Researchers and forensic psychologists have increasingly attempted to explore the complex relationship between violence and mental health in order to understand whether people with mental health problems are in fact at increased risk of violent offending. This essay will argue that although there is evidence of individuals with certain types of mental illnesses being at increased risk of violent offending, the risk is mediated by a number of contextual factors, which may present more significant risks that increase the risk of violent offending."

Similar documents to "Are people with mental health problems at increased risk of violent offending? Discuss" available on Thinkswap

Documents similar to "Are people with mental health problems at increased risk of violent offending? Discuss" are suggested based on similar topic fingerprints from a variety of other Thinkswap Subjects